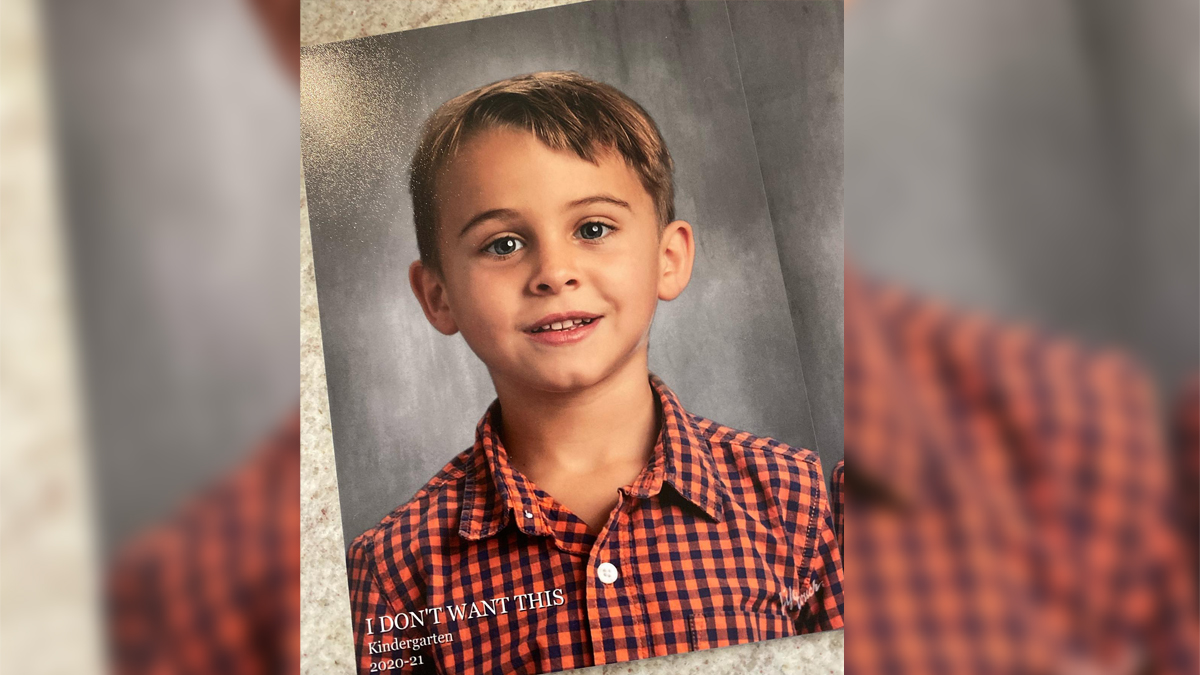 Brittany Kinley and her family were really excited when they found out their son, Mason, would be able to attend kindergarten in person this year at his Mansfield school.

She was hoping it would mean a little normalcy in a year that has been anything but.

Kinley never imagined that the kindergarten pictures she could not wait to see would become a viral sensation all because she didn’t want a certain selection on the order form.

“When I was filling out the form there was a blank for his name and I didn’t want any personalization on the photo and it wouldn’t let me bypass that blank and move to the next spot in the ordering,” Kinley said. “So I just put ‘I DON’T WANT THIS’ in the blank and it ended up printing directly on the photos!”

“I was so excited to get the envelope in the mail, I opened it and looked at the photos and actually didn’t even notice until later that night when I went to give my mother-in-law one and we all saw it. At first, I was disappointed because it was his first official school photo but then we all started dying laughing at it,” Kinley said.

She posted it to her Facebook page with the hashtag “if 2020 was a school photo” and it immediately went viral getting the attention of Today.com/trending.

The company has contacted her and will be reprinting the photos.

“I think 2020 has been such a hard year for everyone and people need some positivity and a good laugh! I’ve gotten so many messages from people saying they haven’t laughed this hard all year and that it made their day,” Kinley said. “I never thought it would have that effect but I’m so glad we can spread laughter in a crazy time like this.”