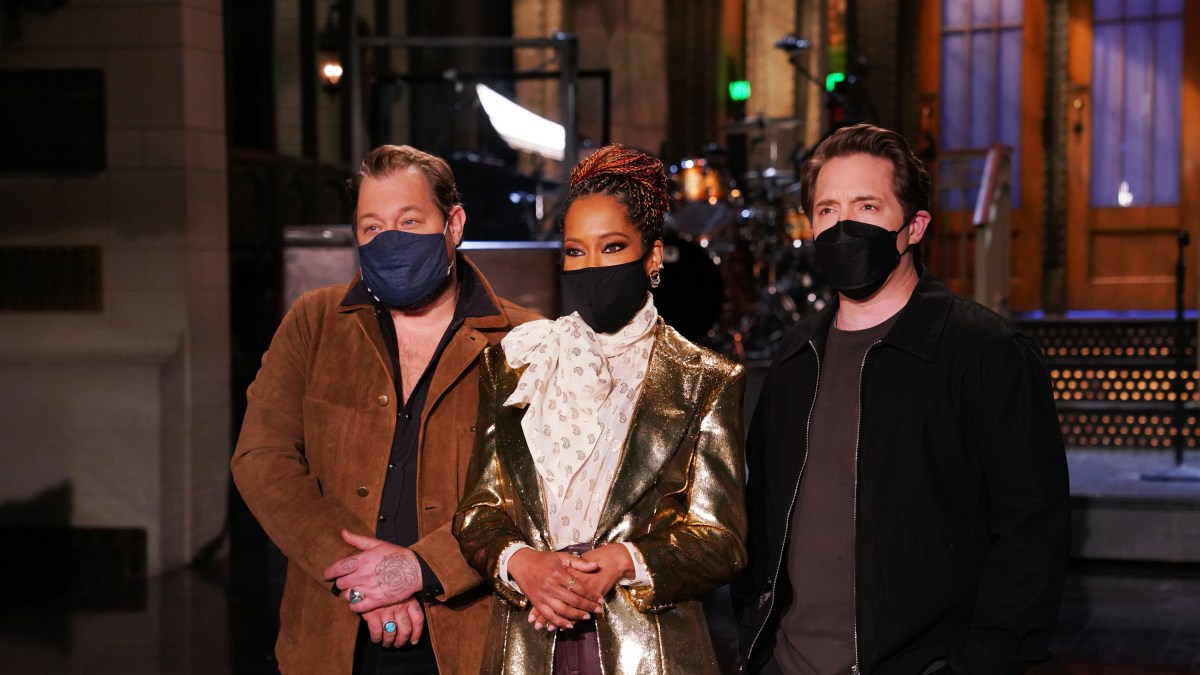 “Saturday Night Live” kicked off the show this week with their own version of “Tucker Carlson’s Tonight,” covering Donald Trump’s 2nd impeachment trial in the U.S. Senate, which ended in his acquittal only a few hours before the show.

“Is AOC hiding in your house right now?” asked Carlson, who then segued into an interview with Kate McKinnon’s Sen. Lindsey Graham. Graham used the time to defend Trump.

“He didn’t attempt a coup. He is cool. He’s the coolest guy I know.”

Senate Minority Leader Mitch McConnell, played by Beck Bennett, left the cold open with a glimpse of what may be to come: “I plan to reach my hand across the aisle, and then yank it back! And slide it across my hair, and say ‘too slow!’”

Regina King, who made her feature film directorial debut with “One Night in Miami,” hosted the show. King joked she was inspired to be on the “SNL” stage by one former cast member in particular.

“I remember watching Eddie Murphy on this show when I was a little kid, and thinking ‘wow, someday I’m going to be on that stage.’ Then he left and I was like ‘Hm, I’m good.’”

After admitting she was nervous to be hosting, King was joined on stage by cast member Kenan Thompson, who provided some over-the-top hype for the host.

On the same night Trump was acquitted a second time by the U.S. Senate, “Weekend Update” hosts Colin Jost and Michael Che had their say.

“If you’re going to impeach a President for anything, don’t you think it’s sending a mob to kill the Vice President?” asked Jost. “I feel bad for Pence, 43 of his work friends were like ‘Oh come on Mike, they only tried to hang you, stop being such a drama queen!’”

Michael Che weighed in with his opinion on the footage of Capitol rioters attacking police that was shown by Trump’s impeachment House managers.

“Here’s a little Black history lesson for you: just because there’s video evidence, doesn’t mean you’re going to get a conviction.”

Country and blues singer Nathaniel Rateliff performed as the musical guest of the show.

The St. Louis, Missouri native gave a stirring recital of his song “Redemption” from his album “And It’s All Right.” The song is also used in the new movie “Palmer,” starring Justin Timberlake.