Singer Prince Royce Gets a Wake-Up Call With COVID-19 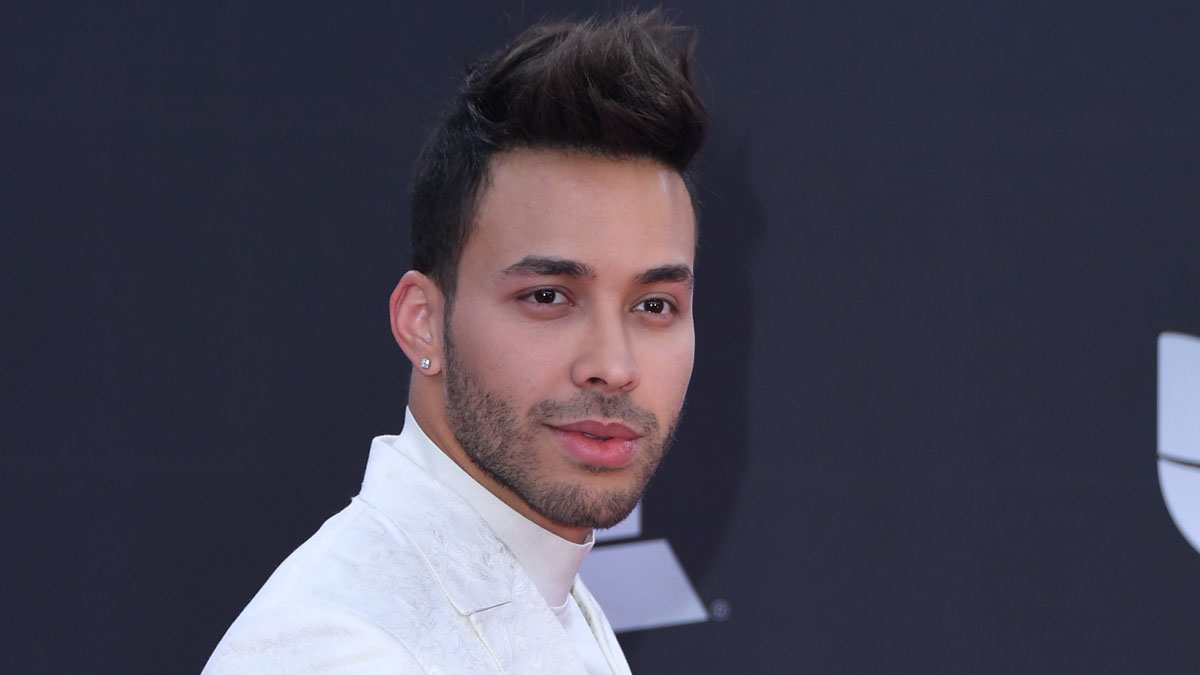 Bachata singer Prince Royce says he got a wake-up call with a COVID-19 diagnosis and now he wants to try and wake others too.

Royce revealed that he is recovering from the virus in an interview with The Associated Press on Thursday.

Royce, 31, said he decided to speak up out of a growing frustration with seeing people going out and gathering without masks — even while cases are spiking in several states. And like many, he is worried that more people will get infected over the Fourth of July weekend.

“At first, I was very scared, like ‘Nobody can find out, I shouldn’t tell anybody.’ But I felt that I have a duty to tell my communities, you know. I live in Florida, I’m from New York, I have a place in California. And I’m seeing what’s happening across the country. I see what’s happening in the world,” said Royce via Zoom from his home in Miami.

He later shared a message on Twitter as well.

For him, it all started about two weeks ago on a Sunday, when he woke in the middle of the night not feeling well after spending the day at the pool making TikTok videos and battling a “really bad headache.” But he attributed it to a day in the sun and the cold AC, and went back to sleep.

When he woke up in the morning, he was feeling worse and had a temperature of 101 degrees. He took some painkillers. On Monday, the fever was gone, but the headache persisted.

“I said, ‘I’m gonna go get tested for COVID just to be responsible, but I don’t think I have it.’ And that’s how I found out,” said the multi-platinum Bachata singer.

Royce said the diagnosis shocked him.

“I thought I was washing my hands,” he said. “I thought I was wearing the mask, you know. And I think that for me it was just a wake-up call, like I’ve been seeing this on TV every day, I’m on WhatsApp groups with my family, I’ve been sending them stuff. I thought for sure like I wouldn’t have gotten it cause I’ve been ‘taking precautions.’”

Royce doesn’t know how he got COVID-19, but he admits that, after spending three months in quarantine, the reopening of bars and restaurants gave him a false sense of security.

“I was home this whole time, and I went out to some restaurants because things opened, and I thought, ‘Well, Florida hasn’t been so bad, and New York is the one with the problem.’ I fell for that and I think many people can fall for that and will fall for that,” he said. “And that’s what made me think, I need to come out and tell my story. Because it’s upsetting me. It’s so frustrating to me to see people at supermarkets without a mask. It’s so frustrating to me to see that people are being irresponsible and not protecting others.”

Neither his wife, Emeraude Toubia, nor the people he went out to dine with, have gotten sick.

“I can’t imagine what would have happened if I would have given it to my parents or my wife had given it to her grandmother,” he said. “And I’m lucky. I feel very fortunate that I hopefully didn’t give it to other people.”

Although in general he is feeling well and staying positive, some days have been better than others. He says he felt light-headed after a recent workout.

For most people, the coronavirus causes mild or moderate symptoms, such as fever and cough, that clear up in two to three weeks. For some, especially older adults and people with existing health problems, it can cause more severe illness, including pneumonia, and death.

Royce has scored 18 number one radio hits, 22 Latin Billboard Awards and 13 Latin Grammy nominations with hits like “Darte un Beso,” “El Amor Que Perdimos” and “Soy El Mismo.” His latest album, “Alter Ego,” debuted number one in February on Billboard’s Top Latin Albums chart. He has over 12 million followers on Instagram and wants his fans to know that everyone is vulnerable.

“Just because you’re young doesn’t mean that you’re not gonna get it,” Royce said. ”I’m hoping that my story can educate the youth, the people that are trying to go out this weekend because of the holiday, the people that are going out to bars because things are open.”

He says: “Don’t be selfish and make the same mistakes that I probably did.”