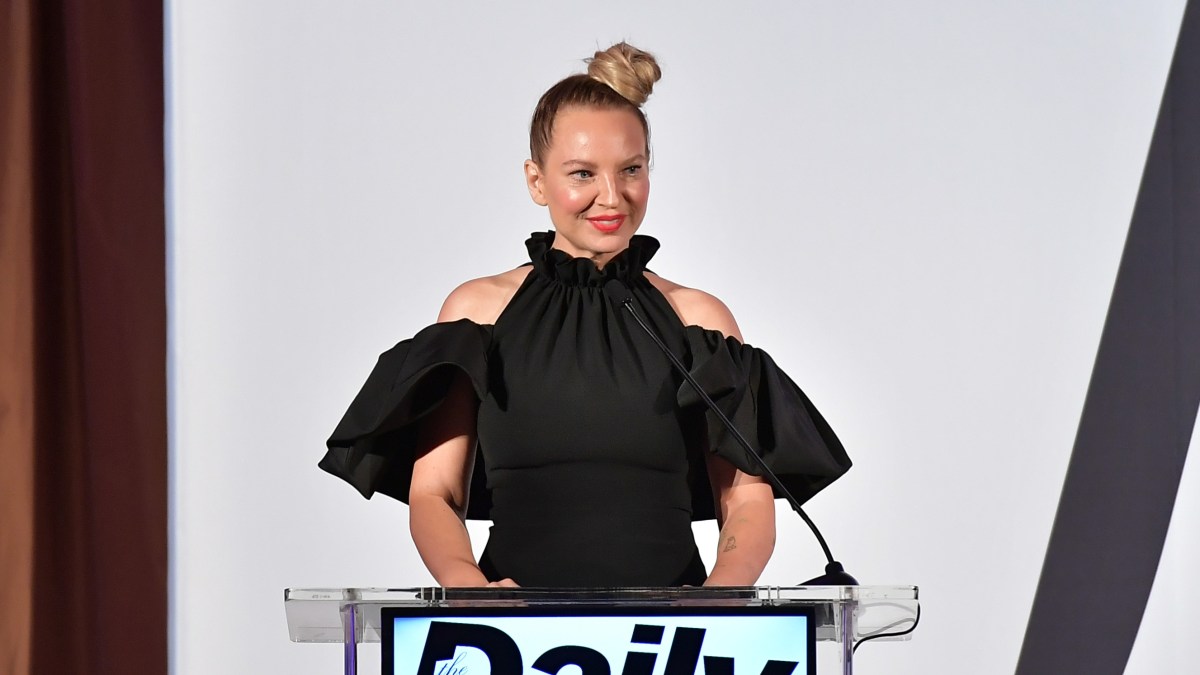 Pop star Sia is a grandmother!

The “Chandelier” singer, 44, revealed to Apple Music’s Zane Lowe that one of the two teenage sons she adopted last year just became a dad. “My youngest son just had two babies. I’m a f—— grandma! I know, right? I’m just immediately horrified. No, I’m cool. They call me ‘Nana,'” she shared.

“I’m trying to get them to call me ‘Lovey,’ like Kris Kardashian,'” she added, jokingly.

The notoriously private hitmaker opened up about her decision to adopt two 18-year-olds in foster care last year. “Yeah, they’re fantastic. Yeah, they were aging out of the care system. They have until they’re 21, but they were both 18 when I adopted them,” she said.

Parenting two teenagers proved to be tricky for the first-time mom, who revealed she had to learn quickly to create “really strong boundaries.”

“I would say, you could do this, or you could go back to where you came from, which is not a nice life,” Sia recalled, adding, “I’d say, ‘I’m doing this because I’m your mother. I love you. I have no other agenda other than the fact that I love you … With your history and the color of your skin, I don’t want to see you as that five percent that ends up in prison for life. I don’t want that for you.'”

Since their adoption, both young men have undergone therapeutic “trauma programs,” said Sia.

Her older son recently completed his program. “He’s just blossoming and is the light of my life. I love him so much,” gushed the Australian star, who added that her younger son is in the same program right now.

“I really pray that he can manage, because it took me until I was 41, I think, to deal with my early developmental trauma. And I don’t want that for them, but you can’t force anyone,” she shared.

“Trauma has to come out when you’re in a safe environment, when you’re ready, psychologically ready. So, I’m just trying to do my best for them,” she added.