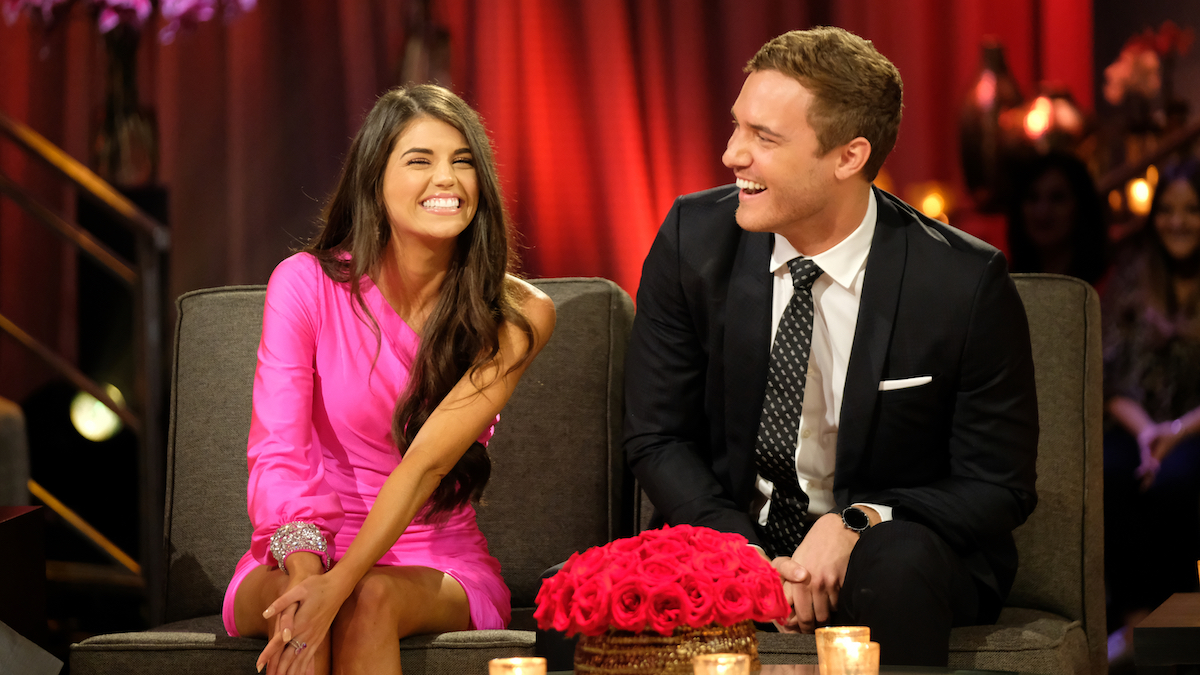 Just a few days after reuniting live on stage at the finale of “The Bachelor” and facing the harsh opinions of Peter’s mother (and all of Bachelor Nation), Peter Weber and Madison Prewett have announced that they do not plan to date each other after all.

In a lengthy post, Weber first acknowledged how great his group of women was and thanked Prewett for her “patience and unconditional love.”

“Madi and I have mutually decided not to pursue our relationship any further,” he then wrote. “Believe me this was not easy for either of us to be ok with, but after a lot of honest conversations, we have agreed that this is what makes most sense for the two of us. The love and respect I have for Madi will continue to endure.”

Prewett also posted, explaining that she believes she and Weber were meant to cross paths no matter what.

The Bachelor Relationships Ranked From Shortest to Longest

“So incredibly thankful for this amazing journey I’ve had the honor of being a part of,” she wrote. “I have grown so much and am stronger than I was going in. I have learned the importance of acceptance, forgiveness, and grace. As Peter and I have decided to go our separate ways, I am confident that we will both move in the direction of our purpose and never forget that God has a plan in all things. I will always love and respect him. I am convinced our paths were meant to cross and we are both better because they did.”

Weber’s post also included a tribute to Hannah Ann, to whom he was briefly engaged before breaking it off because he still had feelings for Prewett.

“Hannah Ann, you set an example for women everywhere a couple nights ago,” he said. “You are such a strong, confident woman and you deserve all the love in the world. I accept full responsibility for my mistakes in our relationship and wish you only the best.”

Just yesterday, Chris Harrison told E! News that the issues with Weber’s family made him hope even more that the couple could “battle through it,” though he did admit he was “so uncomfortable” as Barb spoke during the taping, and wondered if the timing for those opinions was right.

Meanwhile, Barb is living it up on her own Instagram.

“The Bachelor” airs on ABC.