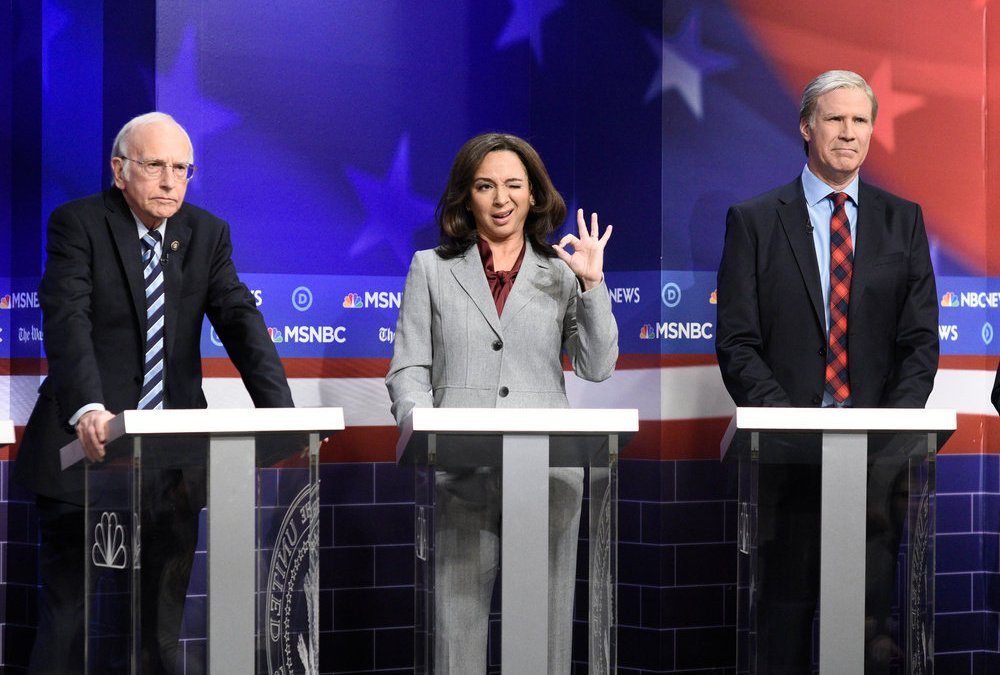 It will be historic if Sen. Kamala Harris, the freshly christened VP pick of Democratic presidential candidate Joe Biden, is elected in November.

But for many “Saturday Night Live” fans, their first thoughts were of actor Maya Rudolph, who played Harris last year during the Democratic presidential debates to great acclaim — even being nominated for an Emmy for her zany impersonation.

Naturally, Rudolph had some thoughts after Biden announced Harris as his would-be VP.

“That’s spicy,” the actor and comedian told Entertainment Weekly on Tuesday when she learned of the news while recording a panel discussion with EW and other Emmy nominees.

Rudolph was a full-time cast member on the sketch show from 2000 until 2008 and appeared as a guest star during the debates last year. The 48-year-old said she’d happily reprise her role as Kamala Harris if “SNL” creator and producer Lorne Michaels wants her back.

“I love going to the show any excuse I can get,” Rudolph said, adding, “I just didn’t really anticipate traveling during this pandemic, but if there’s anyone who can work it out I’m sure Lorne has some kind of invisible helicopter that can get me there.”

“SNL” seemed to be on the same wavelength, Tuesday night tweeting a GIF of Rudolph as Harris, flipping her hair and hamming it up for the camera.

Rudolph’s fans cheered on Twitter when they learned Harris had joined the Biden ticket. Within seconds, the hashtag #mayarudolph began trending alongside #kamalaharris and #joebiden.

“A vote for #BidenHarris2020 is a vote for #MayaRudolph!!!” one fan wrote next to a pic of Rudolph’s Harris character enjoying a cocktail on the Senate floor.

Gushed another, “This means we also get Maya Rudolph which makes my whole life!!!”

Next to the clip, Harris, 55, poked fun at her signature line from an attack on Biden during one of last year’s debates. “That girl being played by @MayaRudolph on @nbcsnl? That girl was me,” she wrote.

The following month, Harris told late-night host Seth Meyers that she got a kick out of Rudolph’s depiction of her. “I grew up watching ‘Saturday Night Live,’ so the thought that anyone would be in any way depicting me on ‘Saturday Night Live’ was just … I was a bit overwhelmed,” she said.

“But I will tell you that I fully intend to make sure she has a good eight years of work on ‘SNL,'” she added.

This story first appeared on TODAY.com. More from TODAY.com: