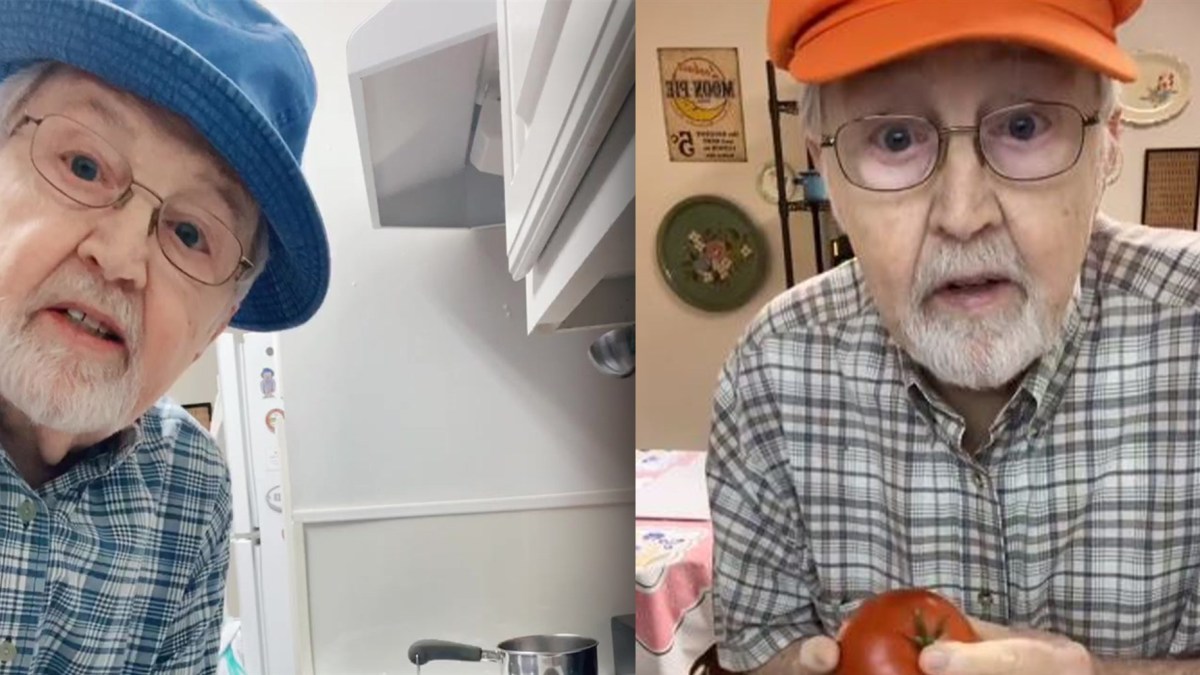 The video sharing app TikTok is mostly filled with Gen Zers doing funny dances and attempting silly challenges. But there’s a new TikTok star who has captured the hearts of people of all ages with his delightfully adorable cooking videos — and the internet wasn’t even around when he was born.

Often clad in a brightly colored bucket hat, 81-year-old Steven Austin, better known on social media as “Old Man Steve,” has quickly become a viral sensation thanks to his hilarious and wholesome content.

He might not be a teen or even a millennial, but Austin is no stranger to social media. Aside from TikTok, where he currently has over 584,000 followers, he previously used Vine. He’s on Instagram and he also has a YouTube channel, which he started 12 years ago.

The Texas native was born in Dallas but now lives in the Fort Worth area in a senior living complex near his sister. Before becoming an internet star, Austin worked for 20 years at the box office for Dallas Summer Musicals.

When asked why he started making videos, he told TODAY that he’s simply always enjoyed entertaining others. “I guess I’m a ham at heart,” he said.

His videos feature a variety of “G-rated content,” as he calls it, including the popular “Cooking with Steve” posts, where he makes dishes like frozen biscuits with peach preserves, Corn Flakes with a banana and frozen dinners from Marie Callender’s. Though simple, many of his most popular videos have amassed over 200,000 views and altogether he has over 5.2 million likes on TikTok.

Despite the name of his most popular video series, Austin doesn’t really consider himself to be a cook.

“I’m not really a cook and I don’t really cook in my TikTok videos. I just do stuff like make a sandwich or make some toast,” he said.

Whether he’s actually preparing food or just eating in them, most of Austin’s videos have one thing in common: the sweet sense of humor he brings to life for his fans.

“I’ve always been a jokester, so I guess it’s just me. Besides, I hope it makes people smile or laugh and maybe have a better day,” he said.

A majority of the ideas for his videos aren’t planned ahead of time.

“Most of the time, I just get before the camera and start talking. Some things you have to set the stage, but most are just off the cuff,” Austin told TODAY.

Austin said he first realized he had gone viral when one of his TikTok videos jumped from 50 views to around 25,000 views overnight.

“I couldn’t believe it,” he said. The octogenarian described the entire response as “overwhelming.”

“I can’t believe that I have finally been recognized at age 81, but here I am and I’m enjoying the ride,” he said.

While he doesn’t have any kids of his own, Austin said that many of his followers think of him as their own father or grandfather and say so in the comments. “They want me to be their grandpa, or I remind them of their grandpa, or they wish their grandpa was more like me,” he said.

People have even started sending Austin small amounts of money on Venmo to show their appreciation.

“My nephew said I should (set up a Venmo account). I didn’t know it was a thing. I’ve gotten a small amount of money … less than $100,” Austin said.

The messages people have sent along with their gifts demonstrate just how much they appreciate Austin’s videos.

“You make my heart so warm and I love your TikTok’s! Keep being amazing Grandpa and we appreciate you!!” one person wrote.

“Coffee or tea on me! Thanks for sharing yourself with the internet! Happy Friday,” someone else wrote.

Austin said he’s been blown away by “how nice people can be and want something to smile about and just some plain simple content to watch on the internet.”