‘The Seinfeld Experience’ Is Coming to New York in Fall

After basking in the glow of Independence Day fireworks, New Yorkers have cause to celebrate yet another national holiday on July 5 — the 30th anniversary of the iconic sitcom “Seinfeld.” Feel old yet?

The award-winning show may be about nothing, but brand agency Superfly is doing something big to celebrate 30 years of lovable characters, classic catchphrases and gut-busting laughter.

The agency announced the fall opening of “The Seinfeld Experience,” an interactive attraction coming to Manhattan’s Gramercy neighborhood that will immerse fans in the world of their favorite hit TV show.

“Because I am Seinfeld, for a long time I was the only person to actually have the Seinfeld experience. Now, these crazy Superfly people are going to make it so lots of people can interact with our silly 90’s TV show,” said Jerry Seinfeld. 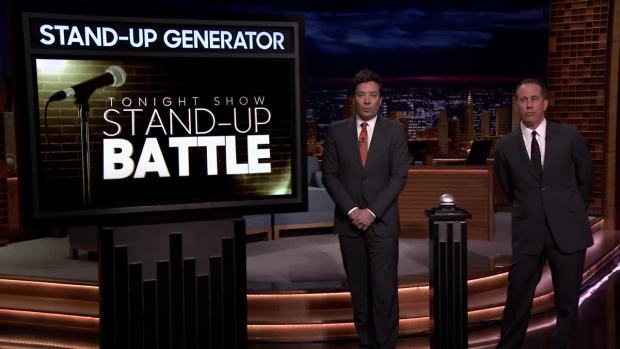 If the website homepage — featuring the infamous puffy white shirt — is any indication, guests can expect a trip down memory lane.

“Since it premiered back in 1989, SEINFELD has been a cultural touchstone for so many and we hope that through this experience fans will be able to relive their favorite moments,” said Global Themed Entertainment vice president Peter van Roden.

Superfly gave fans their first taste of the “Seinfeld Experience” in 2017 at the inaugural Clusterfest, the agency’s comedy festival. The event, headlined by Jerry Seinfeld, featured a full set re-creation of the “Seinfeld” apartment and Monk’s Cafe and Soup stand that served themed food and drink.

Tickets for “The Seinfeld Experience” will go on sale in the coming months and will be available for purchase through February 2020.