A Florida judge has ordered “Real Housewives of New York” star Luann de Lesseps back to jail for allegedly violating her probation, according to court documents.

“The Money Can’t Buy You Class” singer admitted to her New York-based probation officer that she drank two mimosas after a performance of her cabaret show, Countess and Friends, in Chicago.

The probation officer offered de Lesseps different treatment options to address her relapse and she declined “the opportunity to immediately enroll in outpatient treatment” or be fitted for an alcohol ankle monitoring device because of her cabaret touring schedule, according to court documents.

RHONY Star Appears in Court After Arrest in Florida 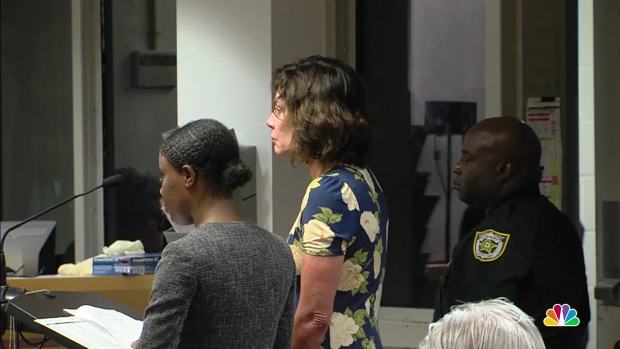 Her probation officer accused de Lesseps of not taking her probation seriously and she was summoned back to court last month. At the time, her lawyers asked prosecutors to turn over all evidence related to their accusations and de Lesseps said she “looked forward to her day in court to present evidence clarifying these allegations.”

De Lesseps was arrested on Christmas Eve in 2017 after allegedly kicking a police officer while intoxicated at a hotel in Palm Beach. She was charged with disorderly intoxication, resisting arrest and battery on a law enforcement officer.

The Bravo star accepted a plea deal to lesser charges in August 2018. She was ordered to abstain from alcohol and attend two Alcoholics Anonymous meetings a week.

In January 2018, de Lesseps checked into rehab. She checked herself back into rehab in July, one month after celebrating six months of sobriety.