A star on the Hollywood Walk of Fame was unveiled Thursday honoring entertainer Harry Connick Jr. for a career in which he has sold more than 30 million albums, had 13 No. 1 jazz albums, and won three Grammys and two Emmys.

Connick co-starred with Zellweger in the 2009 romantic comedy “New in Town.” Connick was a judge on “American Idol” from 2014-16 after serving as a mentor.

The ceremony comes one day before the release of his Connick’s album, “True Love: A Celebration of Cole Porter,” what Connick describes as “the first time I’ve taken a deep dive into another artist’s repertoire.” Connick’s star is next to Porter’s. The placement was coincidental, said Ana Martinez, producer of the Hollywood Walk of Fame.

Connick will perform in “Harry Connick Jr. — A Celebration of Cole Porter,” on Broadway in December.

The star is the 2,678th since the completion of the Walk of Fame in 1961 with the first 1,558 stars. The ceremony will be live-streamed on walkoffame.com.

Connick began performing as a pianist and vocalist when he was 5 years old. His first album, “Harry Connick Jr.,” was released in 1987.

Connick won the first of his three Grammys in 1990 for best male jazz vocal performance for the soundtrack for the film, “When Harry Met Sally.” He also won in the category the next year for “We Are In Love” and in 2002 for best traditional pop vocal album for “Songs I Heard.”

Connick began his acting career with the 1990 film about the final mission of a World War II bomber, “Memphis Belle.” His other film credits include “Independence Day,” “Little Man Tate,” “Hope Floats” and “P.S. I Love You.” 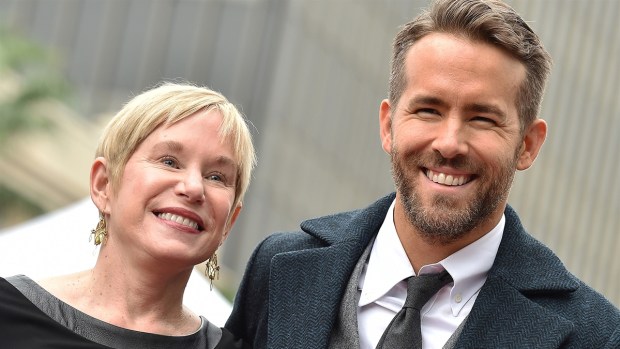 Connick co-starred in ABC’s 2001 remake of “South Pacific.” His other television credits include the recurring role of Grace’s husband Leo on “Will & Grace.”

Connick won Emmys for outstanding music direction in 2004 and 2011 for two episodes of the Public Broadcasting Service series “Great Performances” — “Harry Connick, Jr.: ‘Only You’ In Concert” and “Harry Connick Jr. In Concert On Broadway.”